The following article first appeared in the fourth-quarter 2007 issue of JUGGLE magazine, the official publication of the International Jugglers' Association. The publisher has kindly given permission to reproduce it here.

Flats with shaker cups involve releasing the top cup of a two-cup nesting stack, so the top cup flies straight up and down, with no flip. While the top cup flies free, place the just-emptied cup that remained in your hand to nestle into the third cup, which you hold in the other hand.

Begin with the black cup in your right hand, and the white cup in your left hand. Place the striped cup so it nestles inside the black cup. Both hands use the standard, shake-hands grip to hold the cups, with the mouths of all three cups pointing up.

There are three basic moves to each beat: a flick, a pass, and a catch. The flick is how you release the top, nested cup in the two-cup stack so the just-released cup flies straight up and down as a Flat. The pass is transferring a cup from one hand to nestle into the cup that is in the other hand. The catch is a simple catch of the cup that you toss up as a Flat. Notice that you catch the descending cup with your empty hand, not with another cup.

Both hands alternate the beats. It takes six beats to complete a full cycle, which returns all three cups to their original positions. 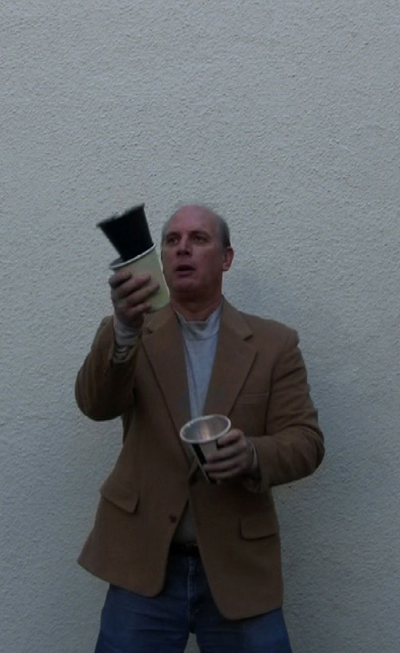 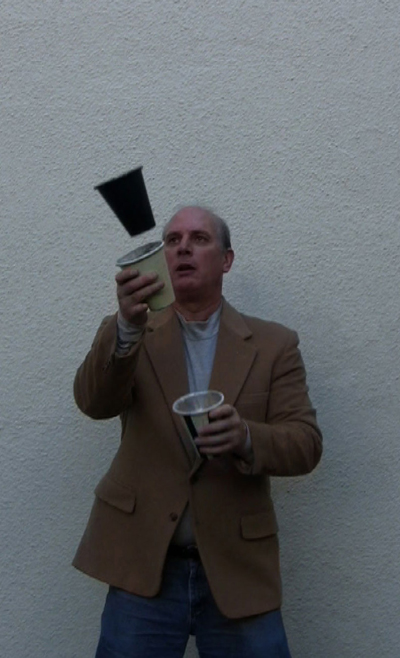 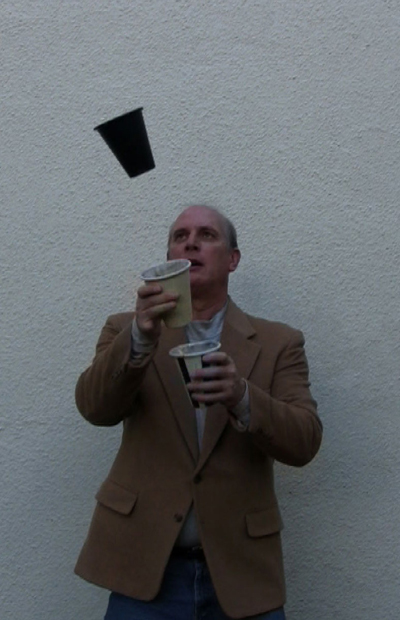 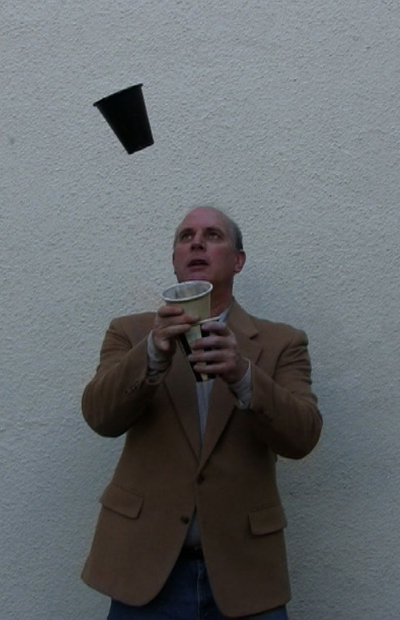 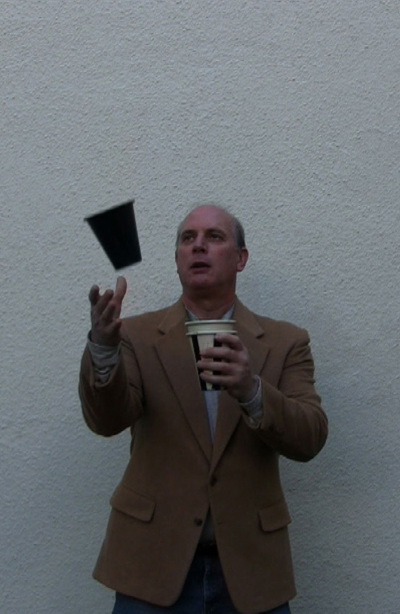 This completes a full sequence of the pattern. The cups are back in their original positions. Repeat the first beat to begin a second cycle.