The following article first appeared in the Sep/Oct 2005 issue of JUGGLE magazine, the official publication of the International Jugglers' Association. The publisher has kindly given permission to reproduce it here. 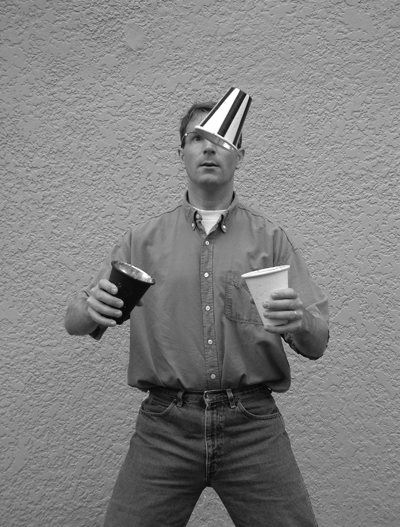 With your left hand catch the striped cup in the white cup. (see photo) 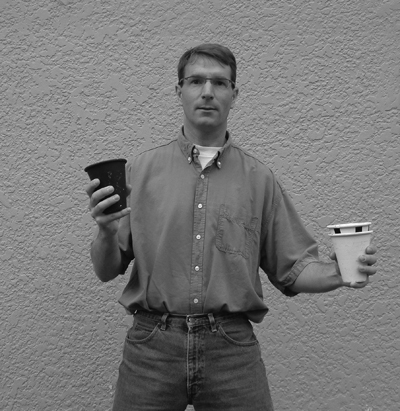