The following article first appeared in the first-quarter 2007 issue of JUGGLE magazine, the official publication of the International Jugglers' Association. The publisher has kindly given permission to reproduce it here.

Turn the cup upside down, so the mouth is closest to the floor. Shake hands with the cup. Your thumb is near the bottom of the cup while your little finger is near the top of the cup. (see inverted grip 1) 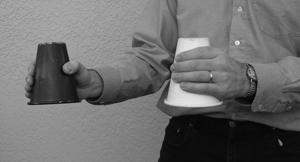 Keep the grip on the cup and turn the cup so the mouth is pointing up. You are now using the Inverted Grip. Some people also refer to this as the Reverse Grip. (see inverted grip 2) 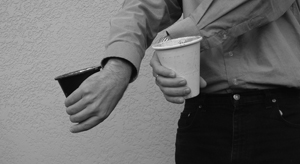 The Inverted Grip is a nice grip to use for catching other cups with Claws or Penguins.

For the Penguin Catch your right hand uses an Inverted Grip to hold the black cup just below your waist on the right side. Think of Penguin catches for ball juggling and you have the idea.

Use your left hand to swing the white cup under the black cup. (see penguin catch 1) 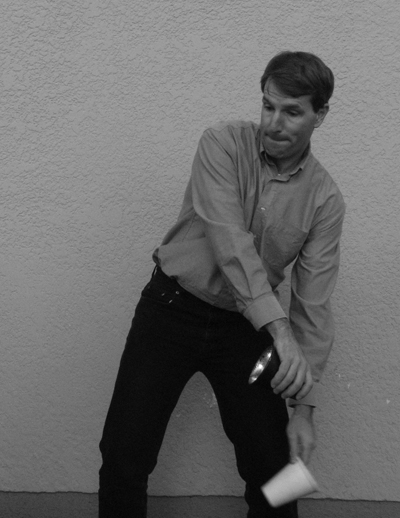 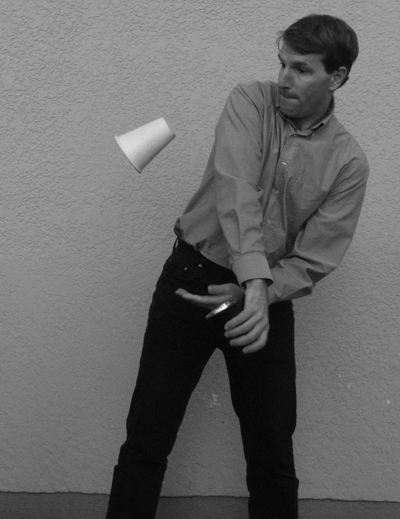 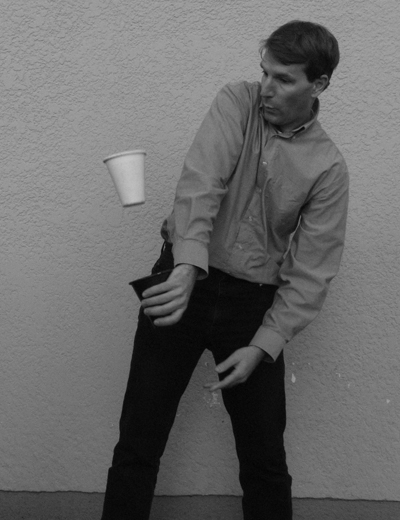 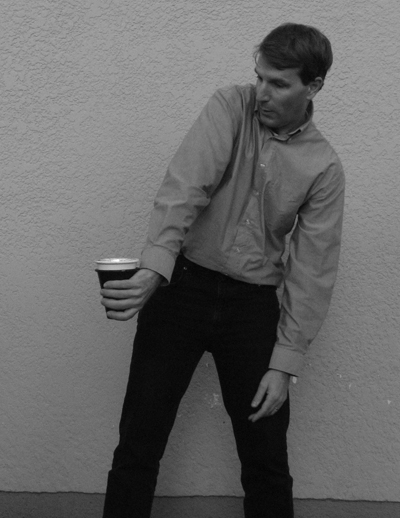 Instead of passively waiting for one cup to land in another cup, you can aggressively claw a free-flying cup into the cup you are holding. For most people Claw Catches are easiest performed using an Inverted Grip.

Hold the black cup in your right hand with an Inverted Grip, and the white cup in your left hand. (see claw catch 1) 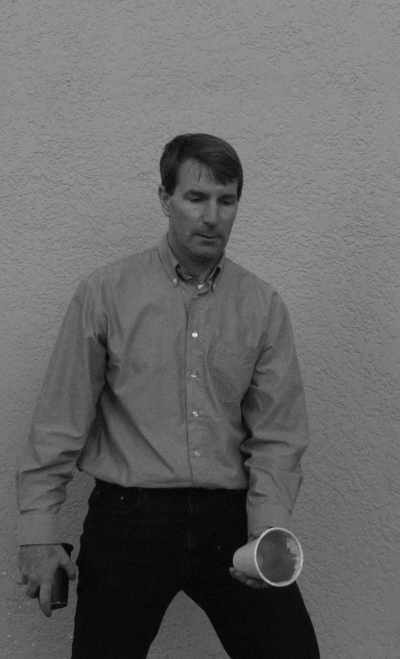 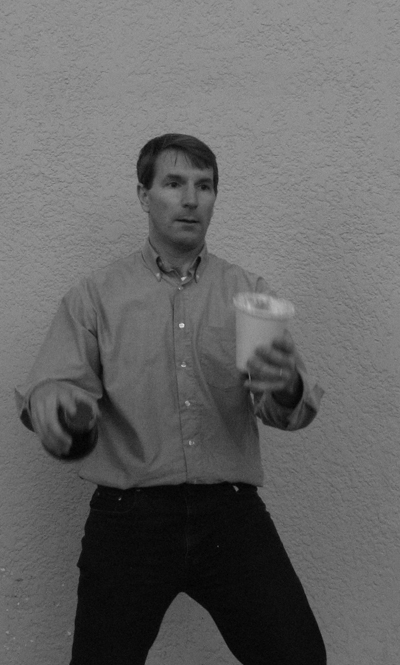 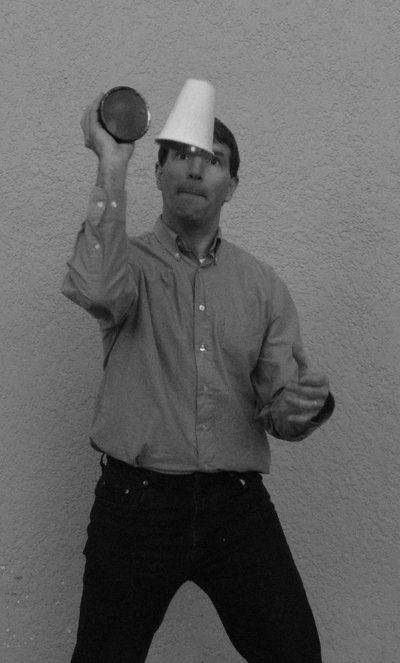 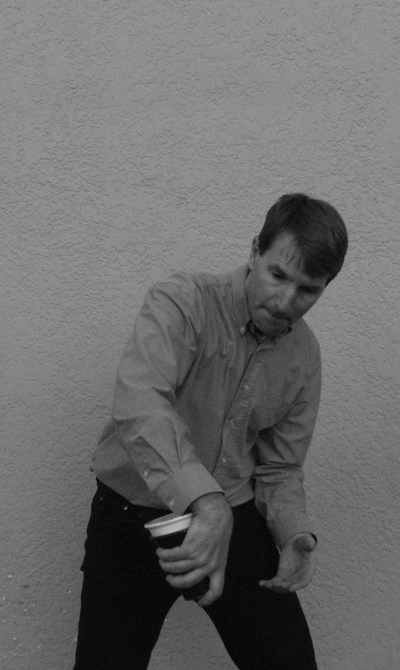 Many thanks to David Aiken, The Checkerboard Guy, for modeling the shaker cups moves on this page.