The following article first appeared in the Spring 2007 issue of JUGGLE magazine, the official publication of the International Jugglers' Association. The publisher has kindly given permission to reproduce it here. 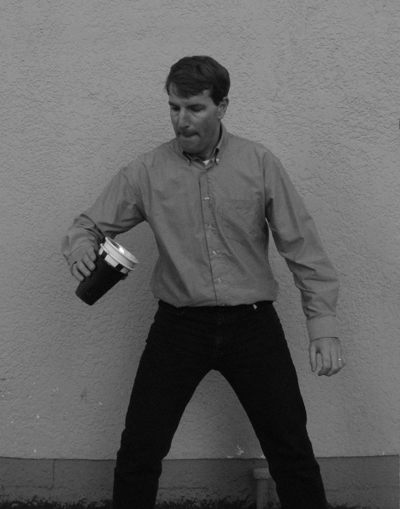 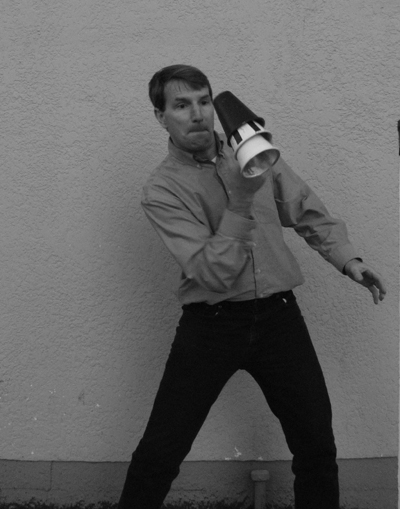 Let all three cups flip in the air. Catch the black cup with a standard grip in your right hand, when the bottom of the black cup is pointing up and to the right, at about the two o clock position. (see photo 3) 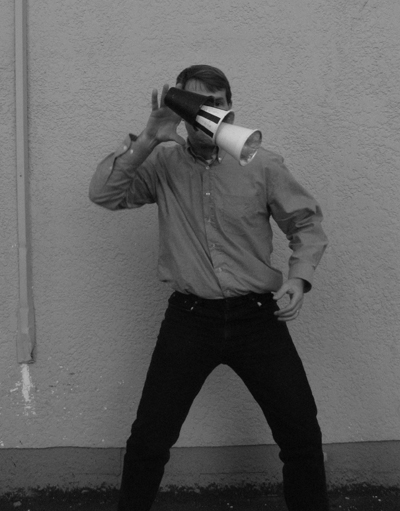 Continue your right hand motion so all three cups firmly nestle into one another. Finish with the cups pointed up, so the striped or white cup don t fall out. (see photo 4) 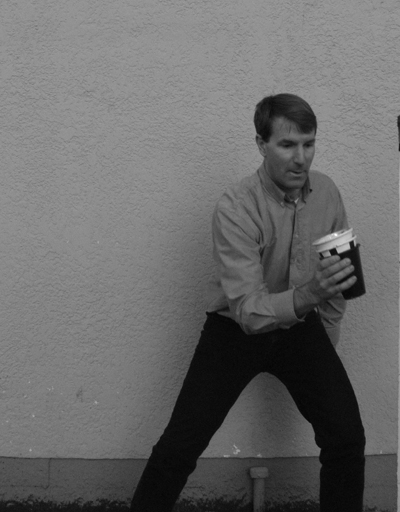 Many thanks to David Aiken, The Checkerboard Guy, for modeling the shaker cups move on this page.