The following article first appeared in the May/Jun 2006 issue of JUGGLE magazine, the official publication of the International Jugglers' Association. The publisher has kindly given permission to reproduce it here.

In the Triple Release all three cups begin in a three-cup nestle in one hand. Letting go of the bottom cup releases the three cups to separate and fly freely from each other while in the air. 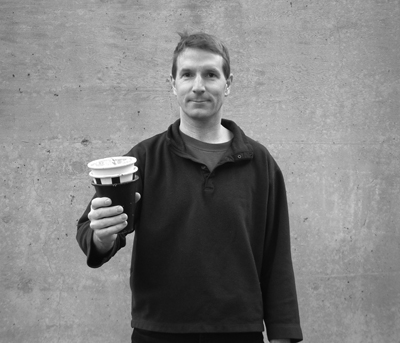 With an inside swing, release the black cup from your right hand. An outside Swing is counterclockwise for the right hand. (see photo 2) 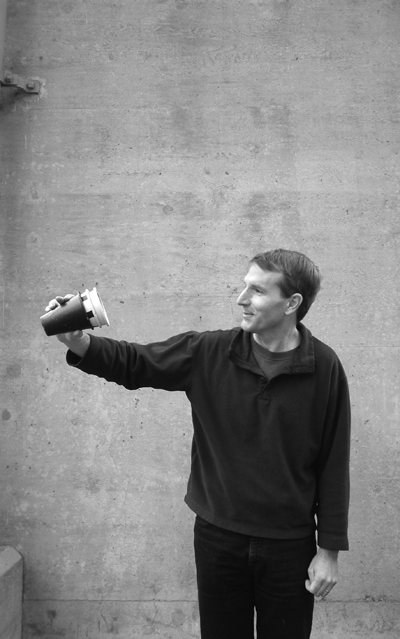 The cups should be fully separated around the time all three cups are nearly vertical. This inversion means the white cup is closest to the ground, the black cup is highest, and the striped cup is between the other two cups. (see photo 3) 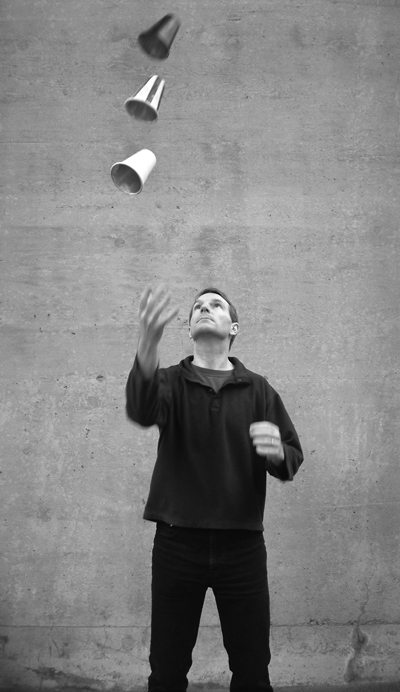 Grab the white cup with your right hand.

Let the striped cup fall into the white cup.

Grab the black cup with your left hand. (see photo 4) 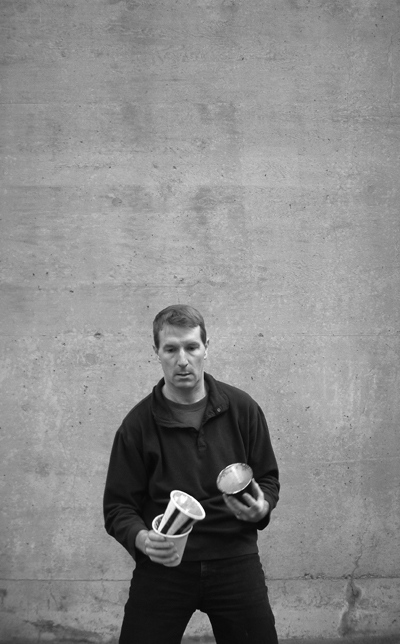 With your left hand toss the black cup into the striped cup. (see photo 5) 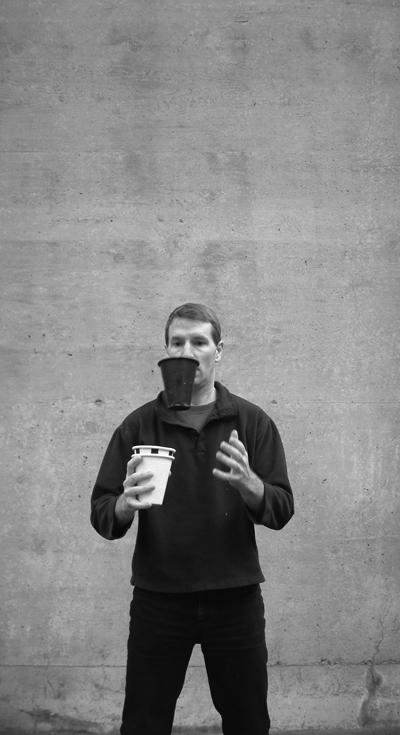 That's it. Congratulations on mastering the Triple Release.

Many thanks to David Aiken, The Checkerboard Guy, for modeling the shaker cups move on this page.